My name is Alessandro Lacava (a.k.a. Ale or Sandro). 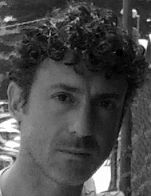 I’m an independent consultant and work as a principal software engineer. Sometimes I even find the time to write. I coauthored the book Professional Scala and written different articles both for IT magazines and my personal blog.

I’ve been programming since 1989–I wrote my first LOC in Pascal at the age of thirteen. At that time web and mobile applications did not exist yet. By the way “applications”, then, were still called programs. Since then I’ve been using different paradigms and languages.

I have an extensive experience with object-oriented design and programming even if, at the moment, I’m mainly interested in deepening my knowledge of functional programming and type systems.

At the moment, I’m mostly involved in designing and developing applications using Scala, NoSQL and other technologies.

I also hold a degree in telecommunications engineering.

If you need to contact me, I suppose you can guess my e-mail address on gmail knowing my first and last name.

You can also find me on LinkedIn, GitHub and Twitter.